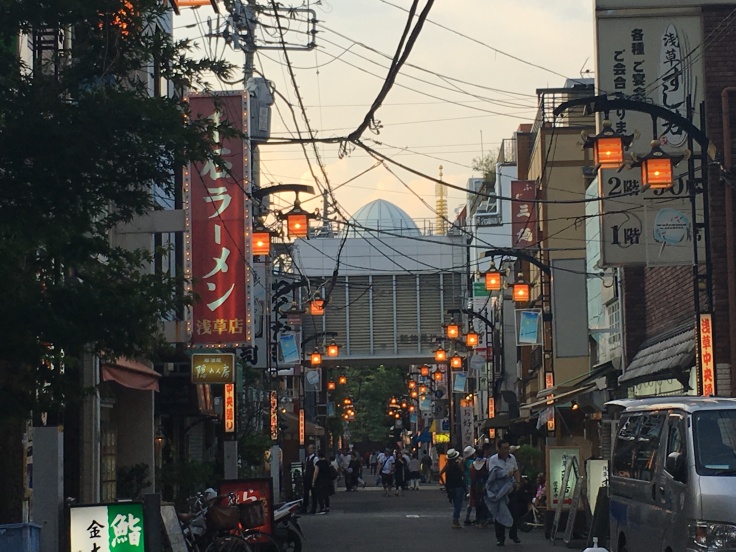 ‘No, no, no, automatic,’ the first words spoken to me as I exited Tokyo International Airport. From the get-go, it was clear that things were going to be slightly different here, starting with taxis. Passengers do not open the doors, from the outside or inside and they do not leave from the right hand side either. Etiquette plays a large role in Japanese society and I had to try and learn some of it quickly. The white-gloved cab drivers are friendly and polite as I point on my phone where I need to get to and as we drive into the city centre I notice other small differences such as the traffic lights which are horizontal rather than vertical.

I had three days to see as much of the city as I could. My whistle-stop tour of Asia included exploring Tokyo, Hong Kong, Macau and Bangkok – all in ten days.

Fortunately I was staying in the Nihonbashi district and my hotel was located on the 38th floor with panoramic views of the sprawling city overlooking the lonely Mount Fuji: a good place to start. The Nihonbashi area developed into a mercantile trading hub  in the 17th century and prospered throughout the Edo period. The bridge today, rebuilt in 1911 before the area was bombed in the second world war, is overshadowed by a train line but traditionally was the central point from which all roads in Japan were measured. The Imperial Palace and gardens are located about 15 – 20 minutes walk from here too. Today this area is exceptionally polished but still houses several original shops that sell all sorts of niche items: knives, sake, dashi, a key ingredient in all Japanese cooking, chopsticks, fans and even toothpicks. It is also the location of the Mitsukoshi Centre, which we can compare to a Tokyo version of Harrods – iron lions and all.

As I had anticipated, the people were incredibly courteous and the streets clean but the city was also incredibly green. Another thing that caught my attention was how impeccably dressed everybody was, particularly noticeable coming from London.

After finding my baring’s on the first day, I took the metro to Asakusa. The metro map looked rather daunting but was actually very easy to use although the numerous exits meant that I’d often pop up in slightly unexpected places. Best of all, it was incredibly cheap. As it was a bank holiday it was even busier than usual. In addition to tourists who come here to visit the temple, locals also enjoy the vibrant area for the busy market shops where you can buy all sorts of tat, shoes, custom dress, fans and street food. 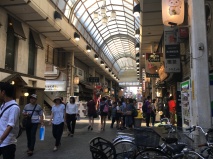 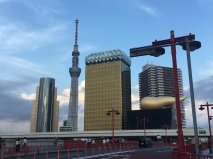 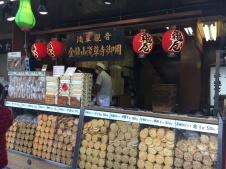 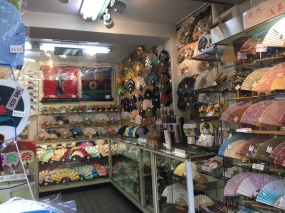 As it was typhoon season, and one was due to swing by Tokyo during my stay timing was important. Taking advantage of the humid but ‘dry’ weather on day 2, we visited the Meiji Shrine – the largest in the city where I learnt about the Shinto custom of bowing and clapping as you approached the shrine to make a wish and pray for good fortune. I also took advantage of seeing the Imperial Palace then too, surrounded by a moat covered in water lilies and pondweed but with cranes and swans swimming in it. It is exceptionally beautiful.

The next couple of days were about ticking off the check-list:

Goldfish – now this was a real eye-opener. Adopted from the China, goldfish are highly valued in Japan and each summer there is a festival themed around the fish. Cakes, lanterns, desserts – all shops, restaurants and hotels create items to celebrate the creature – and even exhibitions. Particularly memorable was attending a live art exhibition of goldfish – combining disco music, light installations and huge tanks of goldfish – it was exceptionally popular.

Tokyo is a great introduction to Japan and I’d love to go back and see more of the country and heading out from Haneda airport was really my only opportunity to see some of the countryside… until next time.

So starting with etiquette and ending with it – the bowing. I loved it. So respectful, so unlike our British custom – I never quite got the hang of it but simply decided to return a bow every time I was offered one. 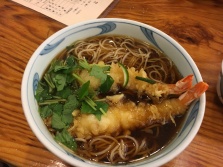 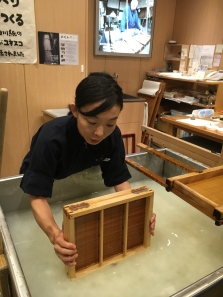 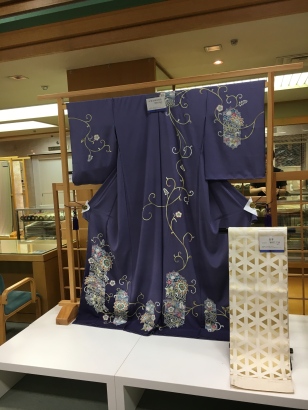 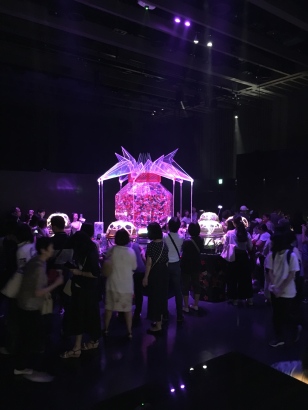