Deep in the mountainous regions of Bulgaria, the air is crisp and fresh, the forests dark and thick and the skies as blue as can be.

Our latest adventure started with our arrival into Plovdiv before setting out on an hour car drive south to the Rhodope mountain region. For three days we were staying in Villa Gella, an opportunity to explore the unfamiliar country assisted by the family-run, luxury villa – complete with boules, badminton, a swimming pool, steam room and library, and lets not forget those heavenly beds.

With little knowledge of the country, located on the Med and Black Sea and neighbouring Greece, I was eager to see what it was all about.

Day one consisted of visiting an annual bagpipe festival. Campers were streaming in to enjoy the traditional festival which includes artisan vendors, dancing and local food and drink. It was a relaxed atmosphere with folk dancing and a very different type of bagpipe to the traditional Scottish sounds we’re used to hearing. The sound is more solemn and folk-y. We ate beef and pork sausages, local beer and beans in tomato sauce and were happily entertained the whole afternoon.

On our second day in Bulgaria, starting with a 6.30am wake up we hiked up one of the surrounding mountains to the fort. As Villa Gella is already 1500ft up we already had already accustomed ourselves to fantastic views but walking through the forests and up the mountainside uncovered new romantic landscapes.

Later we drove along the hairpin roads to the Devil’s Throat, a mythical and mysterious underground cave and waterfall. According to the legend Orpheus, the Thracian musician descended into Hades in search of his beloved Eurydice. The cave was phenomenal and whilst there we heard more about the urban legend. A favourite game amongst all of A. A. Milne’s children who come across streams is to play ‘Pooh sticks’, dropping sticks into running water and rushing to the other side of the bridge to see whose stick reaches the finish line first. One of the cave’s mysteries lies in its underground river. Nothing that enters the water from the cave ever reaches the ‘finishing post’ on the other side – which is seemingly only 50 metres away. Somewhere underground in the Devil’s Throat is a whole lot of ‘Pooh sticks.’

Further along the road is a horse farm where we stopped for lunch, serving Bulgarian food we sampled more sausages and cured hams, commenting to ourselves on the tastiness of the tomatoes.

On our final day, en route to Plovdiv we broke up the journey and stopped off to explore the Bachkovo monastery, which is still inhabited by practicing monks. The monastery is a UNESCO site with phenomenal frescoes lining the interiors and exteriors throughout the main church and refectory.

Food, lots of cheese and enormous tomatoes. Perhaps some of the best tomatoes I’ve ever had.

Villa Gella where we were staying is a family-run villa, beautiful views. Amazing star-gazing. 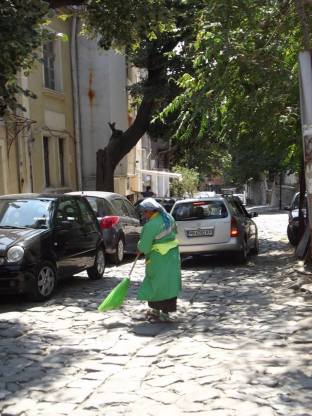 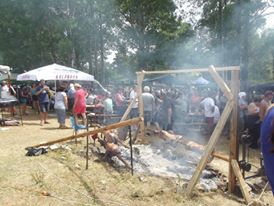 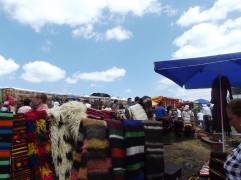 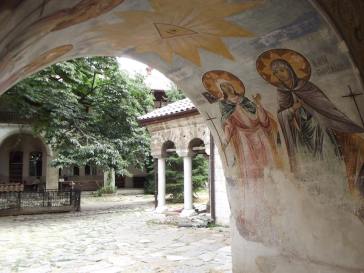 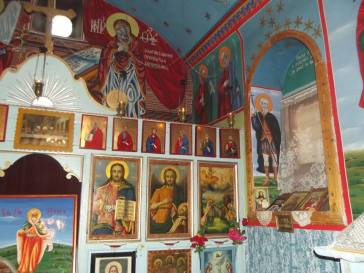